Bailing Out Other Countries

Some people perceive double standards between the UK's bailout of Ireland in 2010 and its disinclination to accept a sterling currency union that would include an obligation to bail out an independent Scotland. 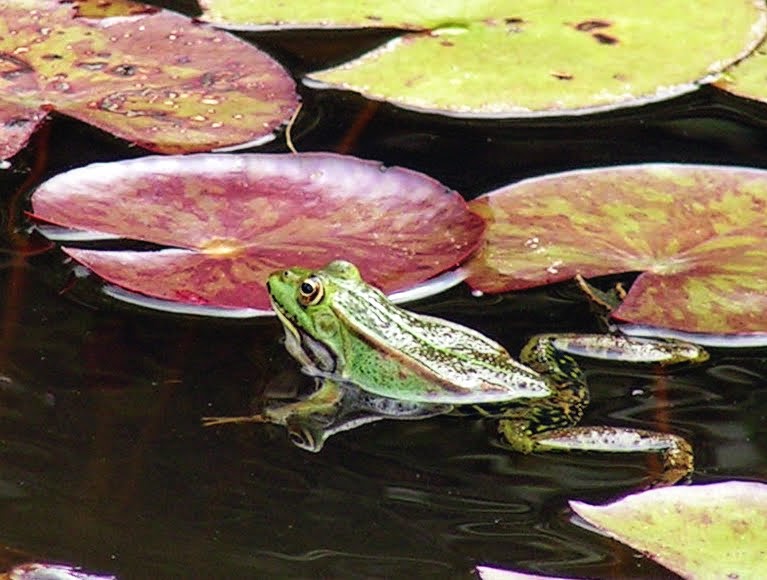 The economic logic is actually straightforward. Ireland belongs to the Eurozone. In 2010 the UK contributed about £7b of an EU rescue package of around £85b, in the process extracting the concession that it would not have to bail out Eurozone members again.

In a prospective sterling currency union of two, the whole of the burden of bailing out one partner would fall upon the other. There would be no obligation on EU members to contribute, any more than they contributed to the £46b UK bailout of RBS.

There is one other big reason for the UK not wanting to share sterling. The Bank of England cannot operate two monetary policies. For example, it could not simultaneously create a stimulus in Scotland and apply restraint in England. Money would simply flow between the two.

It is Scotland that is proposing to leave the UK, not vice versa. There are ten times as many UK Citizens outside Scotland as inside. There is no reason for them to let us take away with us a piece of their economic independence.
Posted by Philip Brian Hall at 11:30 No comments:

The importance of calm, reasoned discussion of disagreements cannot be overstated. If the objective is to find the right answer, or even an acceptable answer, then a polite and respectful exchange of views is likely to be the best way to proceed. 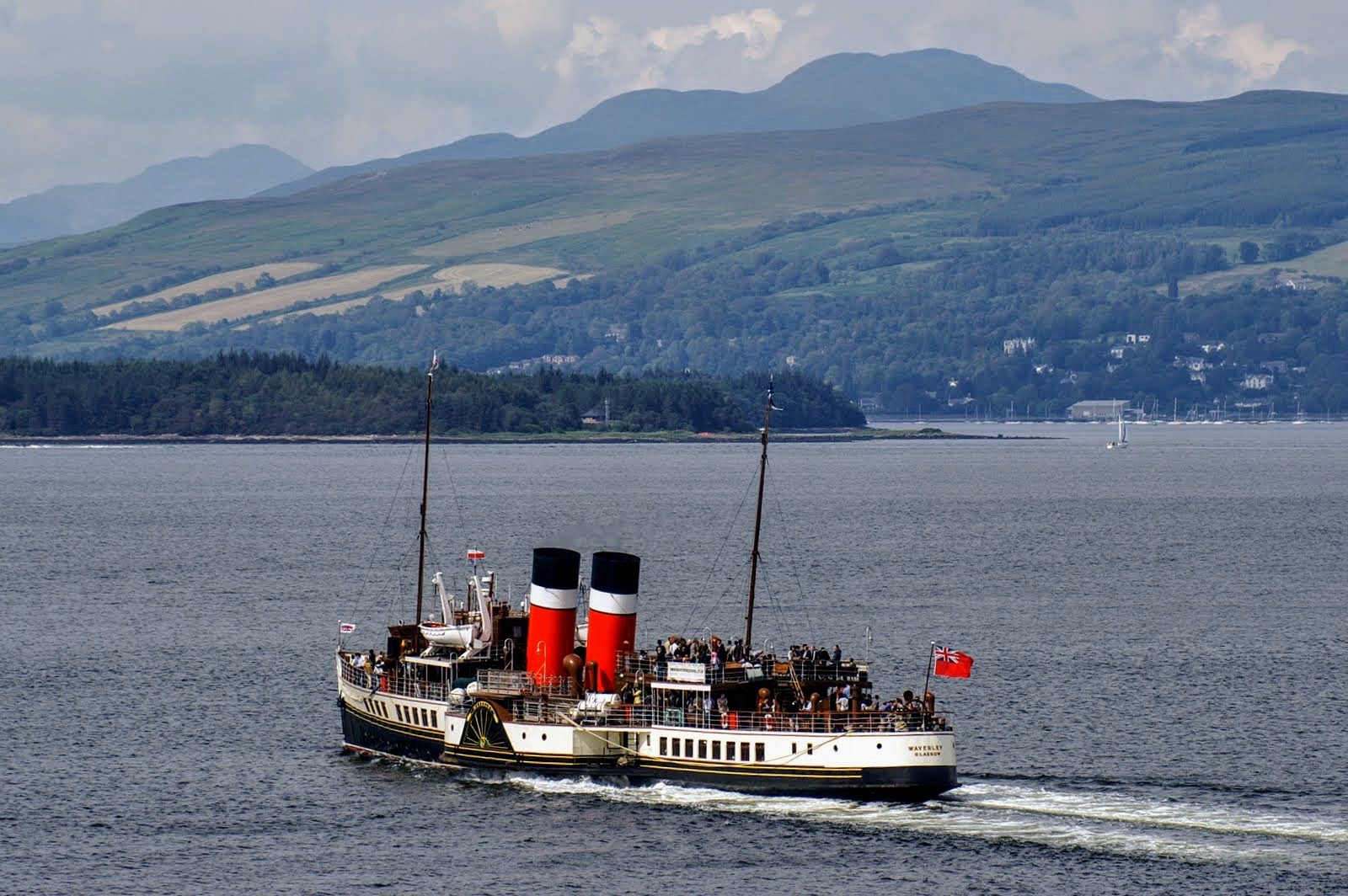 In the past week I have encountered two ways of preventing discussion. One was to declare a topic so sensitive that even a polite discussion had to be terminated for fear of giving offence. The other was to shout so loudly and be so abusive that reply was impossible, even if the person who disagreed was not intimidated by the aggressive display.


The way I see it, we either have to go on living together after our disagreements or erect permanent walls of hostility to keep out those we call 'them'. Banning discussion or howling down those of a contrary view are both ways of ensuring that disagreement will be followed by ill-feeling. Resentment is likely to simmer away; everybody is convinced that they would have been proved right if only talks had continued and nobody's understanding is improved in any way.


Both methods of suppressing discussion are ultimately self-defeating. Not only can you not win a discussion that you do not allow to take place, you are, more importantly, prevented from coming closer to your neighbour, understanding his point of view and making allowances for things that are of little importance to you and of great importance to him.


Even when points of view seem irreconcilable, it is important not to stop talking. Retreating into an entrenched and isolated hostility to contrary views is the way to conflict born out of enduring ignorance.
Posted by Philip Brian Hall at 14:55 No comments:

Since last Thursday the currency issues in the independence debate have been, perhaps deliberately, obscured by emotional language. As I've said, we really do need to distinguish between a formal currency union and the informal use of the UK pound by an independent Scotland.

A currency union's price is financial interdependence because each member state may create new money. In the Eurozone we see a practical example. The short version of the lesson is: when some members overspend, those which do not overspend have no effective choice but to bail out their partners or risk the collapse of the whole system.

The Eurozone is now being compelled by economics to pursue exactly the sort of political integration that is the opposite of the objectives of the 'Yes' campaign.

The failure of the UK to agree a currency union with Scotland would not lead to exchange costs for UK businesses. Such costs would in fact result from a Scottish decision to adopt a currency other than sterling, as I discussed on 13 February.

Informal use of the UK pound by Scotland would be unlikely to lead to much greater financial flexibility however, since we could only obtain more money supply by means of a balance of payments surplus / net inward investment.

Quoting my article of 7 November 2013, "My judgement would be that a Scottish currency is the least of the evils, but that it requires preparation to start yesterday and much statesmanship from Scottish ministers."
Posted by Philip Brian Hall at 15:54 No comments:

Why no Plan B?

Let me try again to clarify matters affecting the currency of an independent Scotland. Two issues are still being confused: on the one hand the right of Scotland to continue to use the pound and on the other the continuation of the present currency union.


The Eurozone is an example of a currency union of separate states. All of the partners have the right to create new money; this means that none of them is financially independent and a financial crisis in Greece inevitably drags in the Germans who have no crisis of their own.


UK ministers and opposition have indicated that they find the prospect of a similar currency union arrangement with an independent Scotland unattractive because it would mean the UK losing financial independence just as Germany has.  The Scottish Government reply seems to be, 'They can't stop us using sterling.' This is true, but it does not mean that we can force the UK to accept a currency union.


An independent country may use any currency it likes, including a foreign currency, subject only to its ability to get hold of enough of that currency to meet its needs. For example Ecuador uses the US dollar. The US could not prevent this, even if it wished to do so.


The point being confused in the independence debate is that a country in Ecuador’s position cannot create US dollars. Were it to attempt to do so, the US would simply decline to recognise them as legal tender. This means that Ecuador's only monetary policy option is the monetary policy of the US, which takes no account of Ecuador when setting it. For the same reason Ecuador must operate under tight fiscal discipline.


If an independent Scotland wants to use the UK pound then we cannot be prevented from doing so, but in the absence of a currency union with the UK we could not create UK pounds since we should no longer be part of the UK. We should be in a similar position to Ecuador, with no monetary and little fiscal autonomy.


We could of course create Scottish pounds, but we could not force either the UK or the international exchanges to accept these at parity with the UK pound. The most likely outcome would be the circulation of both currencies inside Scotland, though it might be some time before the Scottish pound was enthusiastically accepted externally.

Posted by Philip Brian Hall at 14:00 No comments:

I hope that amongst those whose enthusiasm for Scottish independence has more than a passing resemblance to support for a football team, some will take time to consider the issues before they vote.  I won't be holding my breath.

Those who make out a reasoned case are capable of entering into reasoned argument.  Those who behave like football fans are not.  I speak as a football fan.  There is no one who will ever convince me of the superior merit of an alternative team to my own.  I was born to support my team and it never occurs to me to waver. Whether we are bottom of the league and regularly thrashed or masters of all we survey, we are who we are.  That's why I refer to my team as 'we' and, as everyone knows, 'we' are permanently in opposition to 'them'.

I can afford to be so illogical because, fortunately, my livelihood is not at stake in matters of football. In matters of politics mixed with economics the issues are, hard though it may be to accept this, more weighty.

These are some of the issues that I wish to see resolved:

1) It is claimed that Scotland needs independence in order to lay hold of the important levers by which our economy is to be directed.  It is simultaneously claimed that we shall immediately hand back all of the monetary levers and a large proportion of the fiscal levers to The Bank of England and the rest of the UK. The Governor of the Bank of England seems to have confirmed this. Question: remind me again what is the point?

2) It is claimed that a currency union is in the interests of the rest of the UK because of the way it will simplify trade. Problem: it also makes the RUK responsible for the debts of the Scottish government, banks and public institutions and gives the Scottish government a say in UK monetary and fiscal policy.  There are quite good reasons for their refusing to accept this. Please explain to me why they will do it.

3) It is claimed that we shall automatically continue as members of the European Union, despite the claims to the contrary of, amongst others, the President of the European Commission and the government of Spain.  Bad news; this has to be unanimously agreed by EU members and the Spanish have a vote.

4) It is claimed that we could be added to the existing membership of the EU without having to accept the rules normally applied to new members, such as signing up to the Euro and the Schengen free travel area and that for some reason we would be entitled to a share of the UK's current budget rebate. Problem: in return for all their concessions, we are giving the other members what, exactly?

5) It is claimed that we shall continue to enjoy a common travel area with the rest of the UK, whilst adopting a radically different immigration policy from them.  Question: exactly how do we stop them setting up border checkpoints to enforce their immigration policy?  How much would consequent delays cost us?

6) It is claimed that we shall be able to go on financing our universities by charging fees to students from the RUK, despite the fact that EU law forbids discrimination against other member states.  Right.  So we think that they will let us get away with charging the English provided we don't charge the Bulgarians?  Seriously?

That's to be going on with.  When I hear the answers to these I'll start on the rest of the questions.

Posted by Philip Brian Hall at 14:15 No comments: