We are told that in the aftermath of the European Referendum Nicola Sturgeon, the Scottish First Minister, felt deprived of part of her identity. This, it seems, caused her to think about how 'No' voters in Scotland might feel if ever those favouring independence gained a majority.

Perhaps it would be a good idea to think on this again before stirring up another dose of the tribalism that attended the first Scottish Referendum. In many cases this internecine hostility has yet to subside, at least partly because the demagoguery employed by the 'Yes' campaign was so shameless.

A second concern is clearly illustrated by the aftermath of both the Scottish and the EU Referenda; the losers won't give up. Just as nationalists will not accept the decision of the Scottish majority, so Remainers will not accept that the UK is leaving the EU. Some are conducting more or less open guerrilla warfare, for example claiming that parliament (with its large Remain majority) must be able to supervise the withdrawal negotiations or re-interpreting the referendum to claim that the vote did not require the UK to leave the Single Market. Ms Sturgeon claims that the UK majority cannot impose its will on the Scottish majority who voted to remain.

Withdrawal would be far easier and more likely to achieve prosperity if it enjoyed wholehearted public support; anyone can see that. But of course it does not. Remoaners even continue to allege that Leavers were too stupid to understand what they were voting for and hence their votes should not be respected.

I suspect that any majority which might in future be obtained for Scottish independence will never be overwhelming. How would the nationalists respond to almost half the population resisting the result of such a referendum?

I may have lived more than half my life in Scotland but I am British. I shall remain British. My British citizenship is integral to my identity. I shall not be deprived of it by any law passed in Edinburgh.
Posted by Philip Brian Hall at 12:28 No comments: 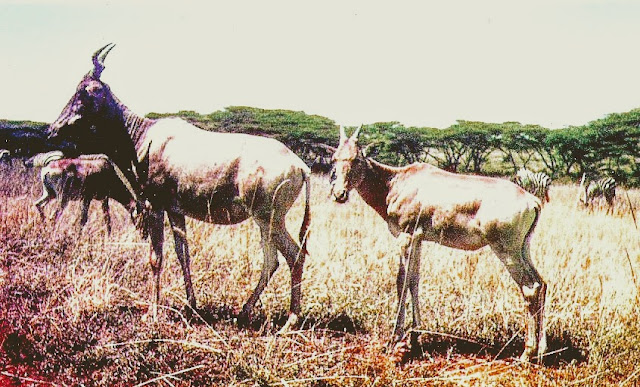 Students in Florida have warned against Dressing up as Harambe the gorilla for Halloween on grounds of cultural appropriation. This absurd notion seems to be getting out of control.

When I was learning Swahili, it was explained to me that the word, (actually harambee, with the double e pronounced 'ay'), despite being commonly treated as a Swahili word meaning 'let's all pull together', is not actually a Swahili word at all.

The late Jomo Kenyatta witnessed a work gang using it to coordinate their pulling on a rope, so that ha-ram was the equivalent of ready-set and bee meant Go! He found this a good metaphor and adopted it as a national motto. I heard him use it often when addressing crowds, using precisely this same 1-2...3! stress.

Latterly some have suggested the labour gang were Hindus calling upon Ambee Mata. The word is possibly so derived, though as there are many local tribal languages in Kenya it can't be absolutely certain it isn't derived from one of them.

Swahili is an eclectic language, always ready to incorporate a foreign word where it seems appropriate. For example 'Kilimanjaro' the highest mountain in East Africa is a combination of kilima, the Swahili word for hill and njaro the Chaga word for shining, while in my day at least the Swahili for typewriter was its phonetic equivalent taipuraita.

Swahili itself is a meld of Arabic and Bantu, with flavourings of English, German and Portuguese, so any word in Swahili is liable to be culturally appropriated to begin with, just like any word in English, which has roots in Latin, Greek, Germanic, French, Norse etc.


As a first step I would therefore advise anyone worried about cultural appropriation to refrain from expressing their concerns in English (or Swahili).
Posted by Philip Brian Hall at 15:51 No comments: 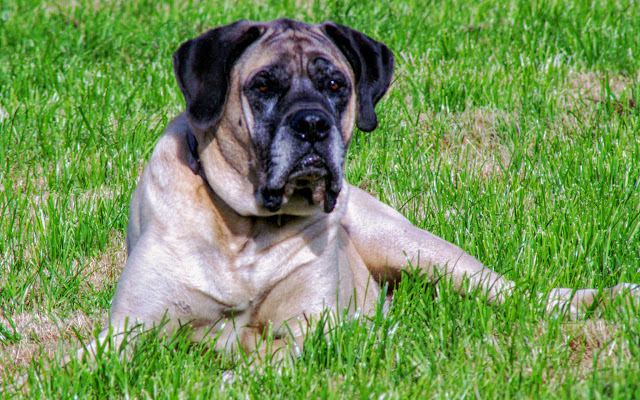 I am terribly sad to report that after a valiant battle against cancer and two operations in the past ten months Clyde had to be put to sleep yesterday, aged eleven. He had the blessing of remaining reasonably active up until about two weeks ago and his decline was rapid in the last few days, leaving us with no real choice.

Everyone who knew him will confirm Clyde was the complete gentleman, the friendliest dog on Earth and, despite weighing almost twelve stone, in his younger days quite an athlete too. Until very recently he looked forward eagerly to walking several miles a day. He was always fascinated by the day's new smells and very fond of a paddle in ponds or streams. It is hard for me to imagine strolling around the local countryside without him. I don't expect I shall be able for some time to stop myself looking for him in his usual places around the home.

Though we have successfully rehomed rescue dogs for decades, some of you will perhaps be aware of the depressing events that had befallen us in the months immediately preceding his arrival in our home. Suffice it to say Clyde was the perfect antidote to our loss of confidence in our own abilities and restored our faith in dog-kind at the same time.

Bless you, Clyde. Thank you. You were one of a kind. 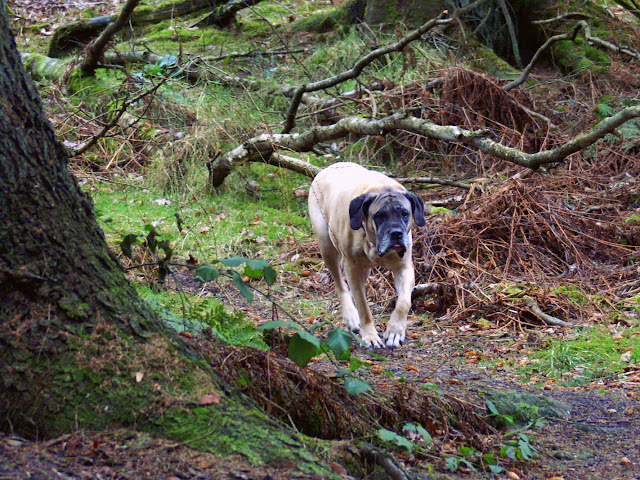 Posted by Philip Brian Hall at 12:23 No comments:

When I consider how I spend my time
Submitting stories to some great slush pile,
Where often the first readers aren't sublime
Or even competent to stop and think awhile,
Where diligent adherence to assessment schemes
Results in declarations that my genius does not fit
And pours cold water over all my fondest dreams
Before they've time to read more than a page of it,
Then, then, methinks no justice dwells
In any publisher's cold, stony heart,
No future ages shall my awesome words retell
Or on a marble pedestal set them apart.
And yet - undaunted, here I am anew
Sending my treasured work, Dear Editor, to you.
Posted by Philip Brian Hall at 17:03 No comments:

I wish some of those anxious to remain within the EU Single Market would explain carefully how we are going to lose exports if we leave.

First of all, since we are already within the Single Market the EU 27 will need to take an active decision to raise tariffs against our goods rather than just let things go on as they are. They must do this in the context of full public awareness in their own countries that the UK has a large trade deficit with them and that the damage suffered by the EU if reciprocal tariffs are applied will inevitably be greater than the damage inflicted.

The only possible justification for such behaviour is that the political ideals of the EU are more important than the jobs of EU citizens. For all the sabre rattling coming out of Brussels and other EU capitals this will still be a 'courageous policy' (as Sir Humphrey Appleby would put it) to take before their own electorates in the next polls.

Secondly, the depreciation of the pound sterling since June 23rd is already greater than the average tariff that would be justified under WTO rules, hence the overall result, even after a tariff war, would be cheaper UK goods in EU markets.

Once again, consumers have to be pretty determined to punish the withdrawing member if they are willing to boycott cheaper products.

Anyway, what does it say about the merits of belonging to an organisation that it must punish a member who leaves in order to encourage the others to remain?

Thirdly, while the UK prices of imported EU produce will rise as a result of sterling's depreciation, there is no obvious reason for the UK to initiate tariffs against other countries. Once again, as an EU member the UK already has numerous trade agreements with third countries. The EU will have sovereignty over neither party to future bilateral trade arrangements and it will be a remarkably impressive, not to mention vindictive, achievement if it is able to force them to impose tariffs on each other.

If President Obama had not already told us that the UK was going to the back of the queue, one might be forgiven for suggesting the revival of the North Atlantic Free Trade Area scheme.
Posted by Philip Brian Hall at 15:45 No comments: