Posted by Philip Brian Hall at 11:15 No comments: 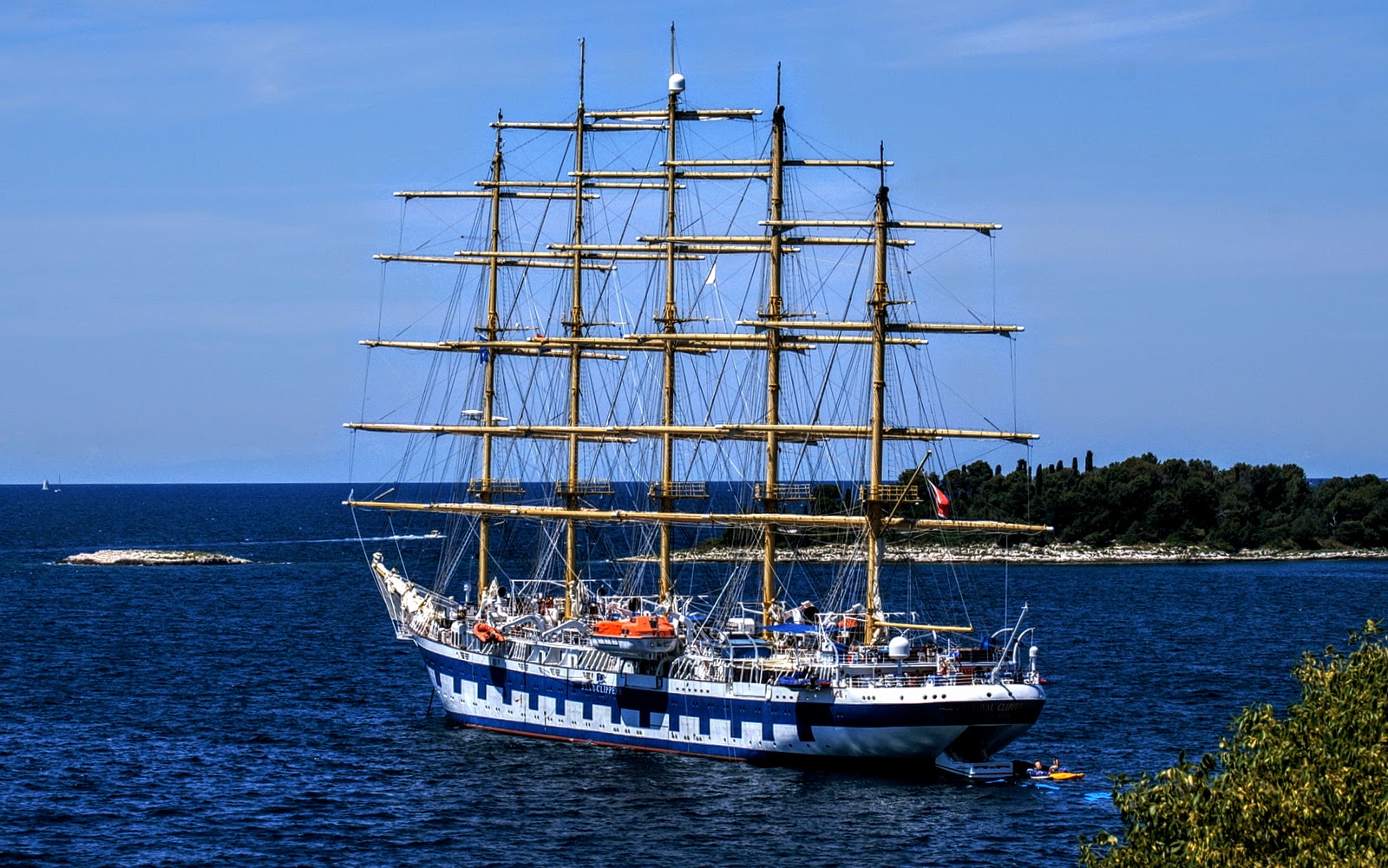 There is something about a windjammer that makes a cruising holiday so much more enjoyable than a voyage on a liner.  Perhaps part of the magic is the small size.  Although the largest full rigged sailing ship in the world, at 5000 tons Royal Clipper is well under a fifth the size of even the small liner on which I have previously cruised.  She carries 220 passengers and her dining room can accommodate every one of her passengers at once.  Since I had already decided that huge liners with thousands of passengers were a very long way from my idea of a good time, the individual attention afforded by Royal Clipper's crew to passenger ratio of almost 1:2 was extremely pleasant. 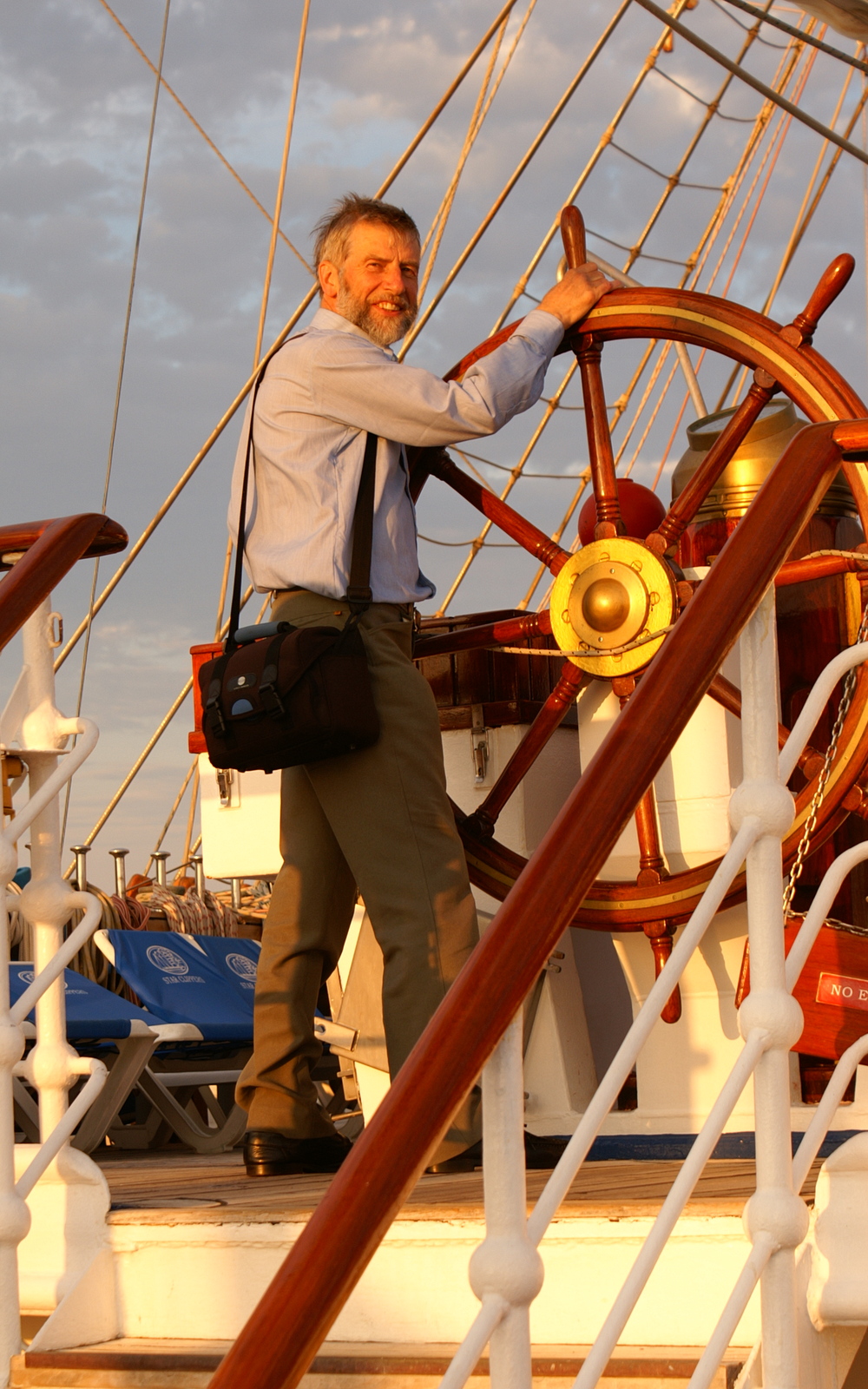 It so happened that during this cruise we berthed in one port alongside a giant multi-storey vessel that could only be described as a floating block of flats.  Pop music was blaring out of its loudspeakers and innumerable passengers returning from shore excursions were all trying to board at once before sailing time.  Thank you, but no, not for me.  Looking over from the deck of our little ship, we few Royal Clipper people felt very smug indeed.

Another thing that I found very refreshing was to be treated as an adult.  I sometimes despair of being regimented by holiday couriers as though I were a child of five.  On Royal Clipper they seem to say, "You know what?  This is a sailing ship.  There are ropes everywhere.  Since you are not a child we don't have to tell you not to walk into the ropes.  You can duck them or climb over.  Unless someone is actually pulling on a particular rope at the time you can, using care and your own judgement, pass by it.  Obviously don't get in the way of sailors handling the sails in difficult conditions. Otherwise go where you like." Oh bliss. 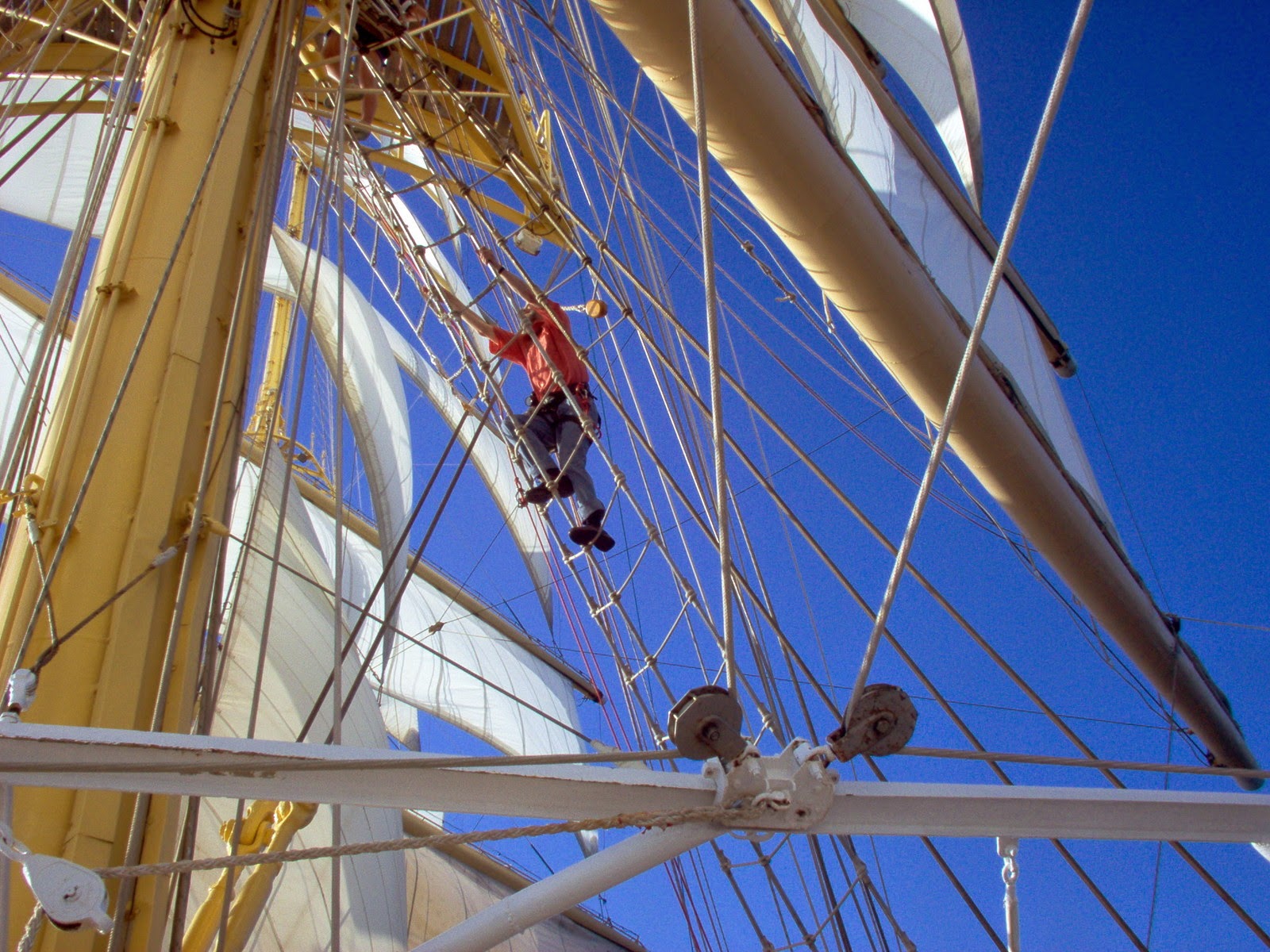 But of course it is the magic of sail that touches the romance in the souls of people like us who spend all of their normal lives in close proximity to electronics and machinery.  It is not that  Royal Clipper relies on her sails. She will normally use staysails  to augment the motor except against a headwind and her square sails too if the wind is abaft the beam, but she rarely needs to tack as she would without an engine and she does not tend to lose time to the weather, though on this cruise we did lose one port of call to rough seas. Nevertheless there is no question but that she is a proper sailing ship and not an ocean liner that just happens to have the odd sail.  In fact she has 42 sails, 5000 square feet in all, and on this voyage she set 41 of them at once. 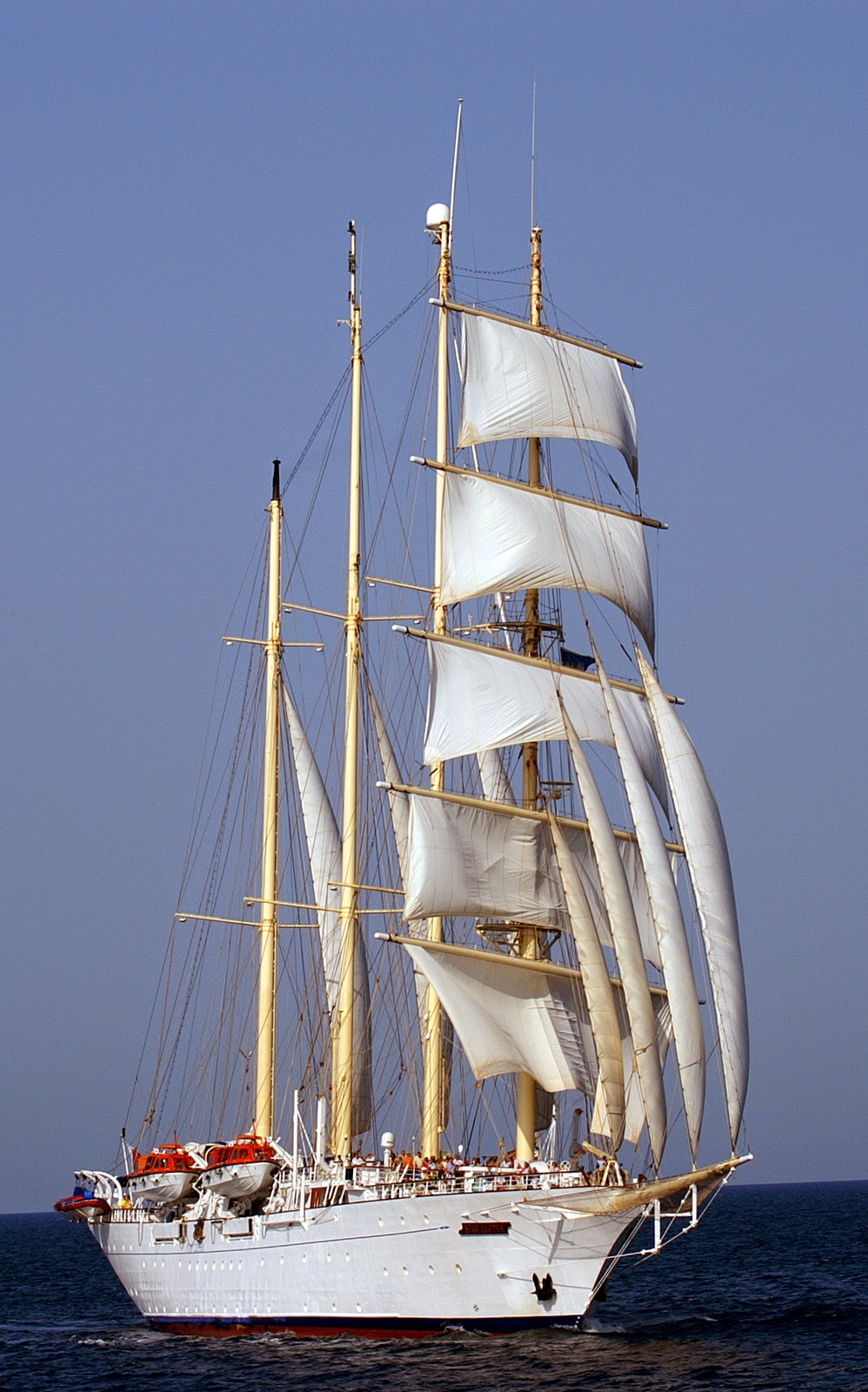 Two aspects of sailing stick in my memory.  One is being allowed to fulfill a lifetime's ambition and actually climb up the rigging to the crow's nest.  Oh yes I did, and I have photographs to prove it!  The other was a match race between Royal Clipper and her sister Star Clipper off the Croatian coastline.  Whilst I may entertain a few doubts as to whether the race was slightly choreographed and whilst the deck never really leaned over far enough for this enthusiast's taste, it certainly provided the ultimate photo opportunity for a lover of tall ships.

Star Clipper (left) is technically a barquentine rather than a true clipper.  That means she only has square sails on her foremast.  You do not however notice this holding her back in relatively light winds such as we experienced, whilst our heavier vessel perhaps needed a stiffer blow.  Nevertheless I want to thank the captains and crews of both ships for providing so wonderful a spectacle.  (And if anyone who was on Star Clipper wants to swap photos, please do get in touch!)