Enemies at Home and Friends Abroad

One might have hoped the UK's  triggering of  Lisbon Article 50 would at least put a stop to Cassandra-like prophecies of doom at home. Surely the country would come together to make the best of the situation, like it or not?

Too much to hope for, I fear. The Scottish Government still wants to undermine the UK's negotiators with plaintive noises off, while many Remainers seem far more anxious to be proved right than they are for the country's wellbeing.


It might help if Remainers remembered the referendum campaign featured a dodgy prospectus on both sides and that Leavers weren't all ignorant and gullible; in fact we included several high-powered economists. The surging exports and solid economic growth since last June don't really resemble the catastrophe Remainers predicted, nor was a punishment budget required.

Moreover it would make more sense complaining about the Brexiteers' failure to deliver if the Brexiteers actually controlled the government, which they don't.  When did Theresa May promise loads of money for the NHS?

Let us consider the two biggest projects of the EU. (Since we opted out of both of these, we could only ever have been peripheral members henceforward anyway.)
I have said before that political will is not enough to support a project to link so many economies by a common currency. The fudging of membership criteria did not begin with Greece, it goes right back to the foundation of the single currency when Italy's debt was almost twice the permitted percentage of GDP and France only qualified for the fiscal deficit criterion by a one-off privatisation of Thomson.

The point politicians failed to appreciate then and now is that the Eurozone membership criteria were not mere inconveniences to be circumvented but genuine economic convergence indicators. If you link divergent economies by a single currency you deprive weaker economies of the disequilibrium-corrective possibilities offered by the balance of payments and by currency devaluation, leaving only rising unemployment to provide a quite inadequate escape valve.

This is why it is not just Greece that has experienced severe dislocation but also Cyprus, Italy, Spain, Ireland etc. Even France has suffered. Although Germany has seen benefit from an undervalued currency it is now paying the price in terms of ever-increasing transfers to the hopelessly indebted zone members.

Does anyone really think the EU will return to being an economic powerhouse anytime soon? On the other hand outside the EU we have huge potential to develop new trading relationships with parts of the world that are enjoying rapid growth. The UK is not trying to make enemies or wishing ill to the continuing EU. We are simply seeking a wider circle of friends.

Though peevish voices in Europe may declare the UK must suffer 'pour encourager les autres' it is to be hoped that economic sanity will be allowed to prevail over political pique. Beggar your neighbour is not a good strategy for a continent that needs all the boost from trade it can get.

And really - can they think of no better arguments for membership of the EU than to show how horrible they can make it for those who want to leave?

Posted by Philip Brian Hall at 13:08 No comments:

We Are The People

Anthropologically speaking, it is not at all uncommon for a primitive tribe to call itself 'The People' or sometimes 'The Human Beings'.

By definition in a tribal society, everyone who is not of 'The People' is an enemy. The tribal leaders are able to achieve a high degree of loyalty from their members, on the one hand by claiming that they know from their experience and wisdom what is best for 'The People' and on the other by maintaining an implied threat to exile any dissident, cutting them off from 'The People' and sending them out into an alien and hostile world.

Important problems present themselves for tribal leaders as members grow more sophisticated and begin to interact more with other tribes, for example by trading with them rather than just fighting them in the traditional way.

First, alternative sources of authority and alternative truths will be presented to members of the tribe. It will become obvious that other tribes have contrived to prosper without necessarily following the methods prescribed by the leaders of 'The People'.

In the early tribal period of course nomadism precluded any notion of owning land. Once the tribe settled down to a more sedentary agricultural existence it was necessary to introduce at least a communal land-ownership concept in order that those who worked to grow food should also be able to enjoy eating it.

However once tribes begin to mingle then there arises the problem of whether anyone who lives within the territory of 'The People' should be regarded as a member of 'The People' or not.

Perhaps however of greater concern is the members of 'The People' who gradually lose their subservience to their traditional leaders and begin to suspect that peaceful mingling with other tribes is potentially better than enmity.


At this point, in order to defend their power, the tribal leaders will usually try and start a war.

Sadly it seems the SNP administration have declared war on a very large segment of the population of Scotland, probably still the majority. Whatever the outcome, it will not be good.
Posted by Philip Brian Hall at 15:54 No comments:

No to Another Referendum

For those in Scotland who despair at the thought of having to go through all the misery again so soon after the last independence referendum:

The Holyrood petition against it is at this URL.


The UK petition against it is at this URL.
Posted by Philip Brian Hall at 18:53 No comments: 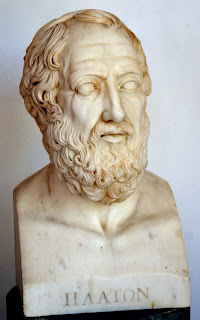 It's always easy to critique our opponents because, of course, they're always wrong. If they weren't wrong they wouldn't be our opponents,would they? Unfortunately our critical regard has to look both ways.

It's a lot more difficult to critique ourselves. I write as someone who once stood for election to the UK parliament as a Liberal.

The intolerance of dissent displayed by large numbers of self-styled liberal people today is about as far from classical liberalism as it's possible to get.

From the very inception of liberal philosophy it has been a fundamental principle that everyone has a right to his or her view and a right to express that view without being subjected to ostracism or vilification. The liberal response to perceived error is calm, rational argument, not howling, bullying abuse.

The totalitarian response to perceived error is to ban and suppress. You can never persuade anyone by these means, you can only alienate and increase social division. 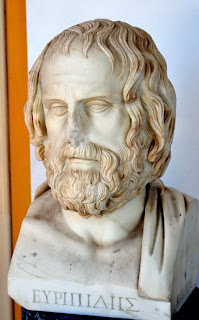 If we want people to hanker even more for the good old days when, in rose-tinted retrospect, life was relatively comfortable and stress-free, then the way we are most likely to achieve it is to keep making the present as unpleasant for them and as unlike those fondly-remembered old days as we possibly can.

Which is pretty much exactly what we're currently doing.

Error cannot be overcome by stifling expression or shouting down; it only withers when exposed to rationally-demonstrable truth.

Truth, by contrast, cannot be destroyed by exposure to error, it can only be strengthened.

In fact, truth that is unwilling to listen to error and show error why it is wrong will soon itself become a mindlessly-recited dead letter.

The current attempt to deny any platform to error and protect us from each and every exposure to it will, perversely, conclude by destroying truth.

Posted by Philip Brian Hall at 15:22 No comments: