The EU Referendum and Scotland

I am disturbed by the glibness of the prevailing assumption that if Scotland votes to remain in the European Union and the rest of the UK votes to leave, it will be appropriate to hold a second independence referendum.

Some time ago I pointed to the damage inflicted upon inward investment to Quebec by the determination of defeated separatists to hold a referendum re-run. Political instability deters investment no matter how often the SNP claims otherwise. Since the European polls are evenly balanced and the Scottish polls not much clearer, we now have the worst of all possible worlds.

The fallacy of the assumption that Scottish enthusiasm for the EU will lead to the break-up of the UK lies in the conflation of these two questions. Just because a voter favours remaining in the EU it does not follow that he or she would vote for independence rather than see that wish thwarted.

So far as I am aware, no-one is being asked at the moment whether they would prefer to be in the EU or the UK. Even that would be a fraudulent question, since Scotland is not a current EU member and would not be accepted as such even if the UK withdrew. A breakaway Scotland would still be a new applicant for EU membership, as was repeatedly explained during the independence referendum.

Therefore the actual question should be: Would you like to leave the UK and take a chance that our subsequent application to join the EU would not be vetoed by Spain and other member states anxious to avoid giving encouragement to restless ethnic minorities?

Does it make any sense at all to erect a border against our largest export market, the UK, in order to retain free trade with much smaller markets in the EU?

Is it remotely credible that the UK would leave the EU in a bid to cut immigration and then allow freedom of travel across the border with an EU Scotland?

Bearing in mind the chaos of the currency question during the independence referendum, does anyone seriously believe the UK would exit the EU and allow Scotland to take sterling straight back in?

EU rules require new members to join the Eurozone. How many people really want to join a system that has strangled economic growth, plunged its poorer members into impossible debt and obliged its richer members to bail them out?

Simply to state these issues is to show the foolishness of the assumption noted in my first paragraph. I do worry however that Europhiles will harp upon this refrain until more and more people in Scotland assume that it must be true.

Posted by Philip Brian Hall at 16:35 No comments:

A cautionary tale for new authors 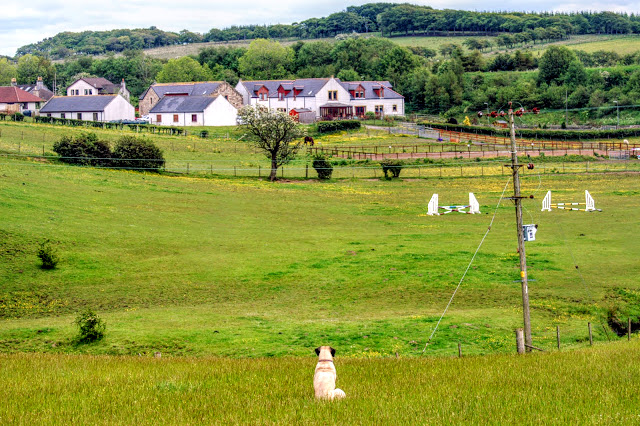 When you start writing you don't always consider what you do as the first stage of a productive process that ideally ends with a wide readership. A few years ago I joined a writers' circle and read out my own work to the group once a week.

But I saw little future in pay-to-enter competitions where just breaking even is quite a triumph, so I started submitting stories to publishers.

At first you think it is wonderful when a publisher responds to your submissions at all, even better when the response is accompanied by a personal explanation of the rejection. When your first acceptance arrives you think you've really arrived.

Last year I submitted stories to prospective publishers on three hundred occasions. About a tenth of these are still outstanding and of the remainder nine were accepted. In other words my strike rate was under 4%.

Although this may already appear alarmingly small, only three stories eventually made it into print during the course of the year. I have publication schedules for two more; the prospective publisher of two more is working on a business restructuring and relaunch and from two more I have heard nothing further. I sent off status queries to these two this week.

I am a much better writer than I was at the start of this process, which you will see has already been quite long. And there still seems such a long way to go.

But as a friend recently said to me, “Those who try often fail; those who don't try never succeed.”

Onwards and Upwards!
Posted by Philip Brian Hall at 15:22 No comments:

In 2014 my first full length short story was published by AE, The Canadian Science Fiction Review. Despite AE being a professional-rates publisher, it seems no-one noticed that the story was technically eligible for an award.

I say technically, because it's pretty difficult even to get nominated for awards, let alone shortlisted, let alone selected. However it's even more difficult if you don't make it on to the list of the eligible.

Now some people might say that being utterly overlooked was all my own fault for not blowing my own trumpet. Actually my trumpet is in its case somewhere in the attic and hasn't been seen out for years.

But what they actually mean, it seems, is that writers are supposed to list their publications for the year in some convenient place, such as here on my blog, where all the relevant authorities are likely to find it.  Because of course all the people who decide who gets what award read my blog assiduously. Naturally.

So this time around I've decided to follow that advice. We shall see if it makes any difference.

I don't really expect to be nominated for any awards. Really.  Though there's always that little thought at the back of your mind that it's not actually impossible. And if you don't enter, you can't win.

So here are my:

If it is true that the Devil makes work for idle hands, then the Devil never met Old Joe.

The Man on the Church Street Omnibus - The Sockdolager

From Gloucester Road to Kensington Church Street is two stops of the dark-green-liveried public omnibus, operated by the Kensington and Hammersmith Company for the benefit of local inhabitants and the great profit of its shareholders.

I enjoyed my best year to date, with six other acceptances, but these were the only three actually to make it all the way to print during the course of the year.

If anyone remembers enjoying any of these, please do feel free to nominate and vote accordingly.

Perhaps I won't hold my breath, though. 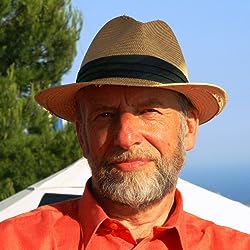 Posted by Philip Brian Hall at 22:56 No comments: