Why does May not hold another referendum, as there seems to be no other way out of the Brexit mess? 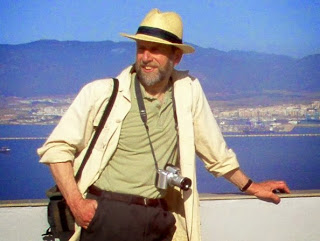 First, let’s define our terms. What Brexit mess do you have in mind?

To be clear, Brexit itself is not a mess; departure from membership of a voluntary association of states cannot be other than a straightforward matter of giving due notice and letting that notice expire. Being outside the EU is perfectly possible: most countries are. Any attempt to punish a departing member would be clear evidence to the peoples of the EU that they had been lied to and membership was no longer voluntary. Moreover, if the benefits of membership are so few that departures can only be prevented by punishment, then the organisation itself is deeply corrupted and unfit for purpose.

For forty years the UK population were not consulted on the progressive losses of sovereignty involved in the transformation of the EEC into the EU and the latter’s acquisition of its own citizenship, currency and constitution. When the people were finally offered a choice, they voted to leave the EU. The question now is, shall their choice be honoured, as they were promised at the time of voting?

The UK’s pro-EU cabinet, which called the referendum to clear up Conservative Party problems, had not anticipated the possibility of a Leave vote. Despite being unprepared, our Remainer-dominated parliament nevertheless felt obliged to enshrine the referendum’s outcome in law. As a result, the UK is set to leave the EU, with or without a deal, on 29 March 2019. So far, so good.

However, many parliamentarians haven’t yet given up on the idea of thwarting the popular vote. They conceal this inveterate hostility by refusing to enact any specific withdrawal procedure. So now we have a political dichotomy, in effect a stand-off between a population who have given parliament a clear instruction and a parliament which will not accept it.

Claims of parliamentary sovereignty were all very well in the past when power was wrested from the hands of a tyrannical monarch; they’ll ring pretty hollow today if parliament tries to wrest sovereignty away from its own electors.

By your use of the words ‘no other way’, you seem to assume that a second referendum would be a way out of this impasse. In fact, let’s not mince our words, what you are suggesting is that parliament stands firm in its defiance of the popular vote and forces the people to vote again.

With due respect to other respondents who deny that a revolt of parliamentarians against people is a constitutional outrage, I hope you can see that the damage to UK democracy would be potentially irreparable, irrespective of the outcome.

The 2016 referendum produced a horribly-divided, tribal society. No arguments will persuade the vast majority on both sides who made up their minds long ago. Years later, some activists still find it impossible to restrain their bile and contempt for those whose only crime is holding a different point of view. Most people, I think, are just glad the horribly divisive campaign is over and wishing all the wrangling and bitterness was over too.

In the event of a re-run, all that can happen is that the old wounds are opened up again. One-time friends and neighbours who have just about learned to talk to each other once again (on neutral subjects) will be flung back into the cauldron of mutual abuse, now garnished with additional supplies of recrimination resulting from having to go through it all again.

Either the result will be confirmed, in which case the whole thing becomes a needless exercise in societal self-harm, or it would be reversed, in which case this socially-divisive issue will simply continue to fester until a third referendum can be called.

And you can be quite certain it would be called before very long. Another general election is due in 2022 and there’s mileage to be made from the politics of grievance. Look at the aftermath of the ‘once in a generation’ Scottish referendum. Look at the Remainer campaign to sabotage Brexit. This angst is the built-in curse of any referendum system.

In such an event, Leavers would correctly point out that Brexit wasn’t even attempted. The only thing demonstrated by the second referendum, they would say, was the power of vested interests and the political elite to drag our country back into the clutches of an organisation that has shown itself malign and vindictive. The parliament that acted as the agents of that treachery will be derided as a mere cypher, unworthy of either trust or respect. And from such a can of worms, who knows what unpleasantness may crawl out?

Partiality aside, consider for a moment. Someday, somehow, we have to return to being one society, not two tribes; not winners and losers but one people. Does anyone seriously suggest a second referendum is going to help us do this?

(This was my reply to a Quora question.)

Posted by Philip Brian Hall at 14:50 No comments: