Scotland and the Pound

I received an abusive comment on Quora , which maintained that the pound was as much Scotland’s as England’s. Please permit me to clarify:

Yes, the pound is as much Scotland’s as it is England’s, which is to say, not at all. The pound is the currency of the United Kingdom, the laws of which include a currency union created by and subject to that same set of United Kingdom laws.

Monetary policy within the UK is the responsibility of the Bank of England under a series of Acts of the UK Parliament. For example, though the Bank of England has a legal monopoly of the note issue, Scottish commercial banks are allowed to issue notes under licence. Under the 2009 Banking Act, they must hold sufficient reserve assets (Bank of England notes or gold) to maintain the value of their notes in the event of commercial failure. This is because, strictly speaking, Scottish notes are not legal tender but promissory notes.

An independent Scottish government could choose to issue a currency called pounds, but it could not choose to issue UK pounds since it would no longer be part of the UK. (There is no prospect of Scotland being recognised as the continuing state as opposed to the ten times larger population from which it would have withdrawn, which would continue to be governed by UK law.) The Scottish pound would thereafter become, domestically and internationally, a separate currency from the UK pound. The exchange values of the two currencies could diverge.

Regarding sterling, Scotland would have two options:

Posted by Philip Brian Hall at 15:03 No comments:

The siren song of socialism 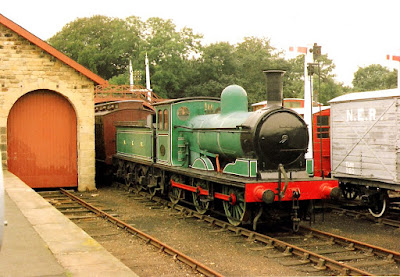 The Labour Party Conference has promised to turn the clock back. But were the former communist economies really so admirable?

Eastern Bloc command economies were able to achieve rapid economic growth initially because they still had a large percentage of the workforce underemployed in agriculture, much of which could be directed into more productive industrial employment. Additionally, the USSR, in particular, had under-exploited natural resources where exploitation rates could be increased. For a while, therefore, they were able to outgrow the capitalist economies for which both of the above advantages had expired decades earlier. This was the period that suggested the model could work.

However, once the playing field levelled out and both economic models could only grow through efficiency improvement and investment, the command economies fell behind because there was no competition to stimulate innovation. (You don’t have to build a better car than the Trabant if the Trabant is the only car that the masses are allowed to buy.)

The command economies also wasted up to ten percent of the labour force taking the place of market forces to plan what the remaining ninety percent should do, and created perverse incentives to meet set targets rather than operate efficiently.

This coincided with improved communications so that an international demonstration effect alerted Eastern consumers to the fact that lifestyles were better in the capitalist countries. Essentially the USSR’s empire collapsed because it couldn’t compete in the arms race and the consumer products race at the same time.

Putin’s revanchist regime has courted popularity through encouraging nostalgia for the lost empire but is now running up against the same constraints, which is why he’s having to raise the pension age despite the resulting unpopularity.

Of course, certain UK politicians’ ideas are rooted so firmly in the past they seem not to have noticed Russia is no longer the USSR and no longer even makes a pretence of putting the workers’ interests first.
Posted by Philip Brian Hall at 13:02 No comments: