Growing up in the 1950's, I learned my dialect from my neighbours and standard English from the BBC. I can still recall the perfect pronunciation of every syllable in the line, “This is the BBC Home Service. Here is the news and this is Alvar Liddell reading it.” 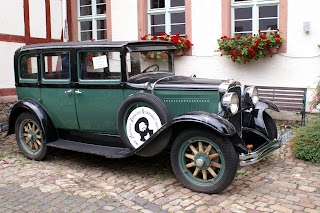 I did not and do not feel that my dialect was an inferior form of speech. I did however realise that, whilst I had great difficulty in understanding a Geordie from 150 miles north of my home, I had no problems with Mr Liddell who lived more than 150 miles south. Neither did the Geordies. There was such a thing as standard English and I knew that being able to speak it would help me communicate outside my own home area and thus get on in life.
If I were a young person growing up today, I should not be able to do as I did then. Probably in the interests of inclusiveness and audience ratings, the corporation seems to have dispensed with received pronunciation, preferring to hire continuity announcers with a variety of accents and / or imprecise diction, such as those who are for ever “drawring” conclusions about “lawranorder”, matters involving the "pleess" and so on.
They also hire celebrity presenters with poor delivery and more than a tendency towards youth slang as well as news reporters with bad grammar. Nowadays, for example, BBC reporters regularly “beg” questions when they mean to pose them. Compare this with NHS Scotland, an organisation that really does know how to beg a question; on a recent visit to my local health centre I was required to fill out a yes / no questionnaire including the unanswerable 'Have you ever considered stopping smoking?'
I understand that the BBC nowadays feels a need to compete, but I feel sorry for a new generation deprived of something that I found really useful.
Posted by Philip Brian Hall at 10:14